This article explores the DATEPART SQL function and its use in writing t-SQL queries. In the previous article, SQL Convert Date Functions and Formats, we explored various data formats and convert them using SQL Convert function.

Usually, WHEN we use dates in SQL Server tables. Sometimes, we require retrieving A specific part of the date such as day, month or year from the existing SQL tables. We can use THE DATEPART SQL function to do this.

The syntax for the DATEPART SQL function

We need to pass two parameters in this function.

In this section, let’s explore DATEPART SQL with examples and different interval values.

Let’s use various DATEPART SQL function parameters in a single SQL statement. It helps us to understand the breakdown of a specified date.

While working with dates, we might get different values in different countries of the world for following things.

It depends on the Country and language. In ISO 8601 weekday system, we consider a week in which Thursday comes. It is the most common week numbering system. 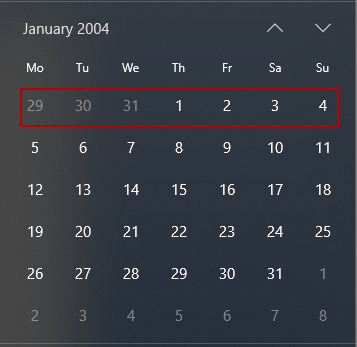 Let’s run the following query with DATEPART SQL to return ISO 8601 week and US week no.

In the following screenshot, we can see for 6th January 2008, ISO week is first and US week is 2nd.

Specify day for the start of the week

We can get current DATEFIRST value using system variable @@DATEFIRST. Execute the following query to get the default value of SQL DATEFIRST and the first day of the week.

In the following screenshot, we can see in my system, it having SQL DATEFIRST value 7. It starts on the first day of the week from Sunday.

Execute the following query to get the current week of the year. We can see 21st April 2019 is week 17 of the current year.

Suppose we want to change the first day of the week to Monday. We can do it using SET DATEFIRST command and specify a value from the table specified above.

In the output, we can see the current week of the year is 16. It is because SQL considered Monday as the first day of the week.

In the following example, we want to retrieve values such as Year, Month, and Day. We are providing input in the form of hh:mm: ss.mmm.

In earlier examples, we used variables in DATEPART SQL to get respective values. In the following query, we specified a variable with the datatype. Execute this query.

We get the following error message that datatype is not supported by date function DATEPART SQL.

DATEPART SQL with Group By and Order By clause

We can use the DATEPART SQL function with Group By clause as well to group data based on a specified condition.

Let’s create a sample table and insert hourly data in it. 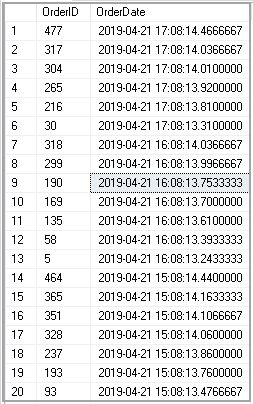 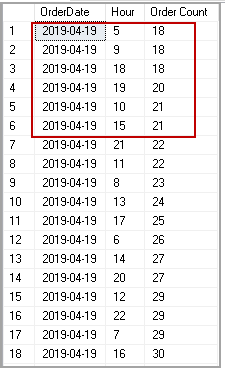 In this article, we explore the use of SQL DATAPART function with examples. You should be familiar with this useful SQL function to improve your T-SQL coding skill. I hope you found this article helpful.