We have various database objects such as view, stored procedures, triggers, functions and indexes in a relational database. Many times, we want to view definitions for these objects. We can use either SSMS graphical way or t-SQL to generate scripts.

For example, we want to view the definition of a SQL view [HumanResources].[vEmployee]. Let’s explore both ways to generate scripts.

Different methods to view the definition of objects

Expand the database and go to Views. Right-click on a particular view for which we want to generate script and click on Script View as ->Create To. 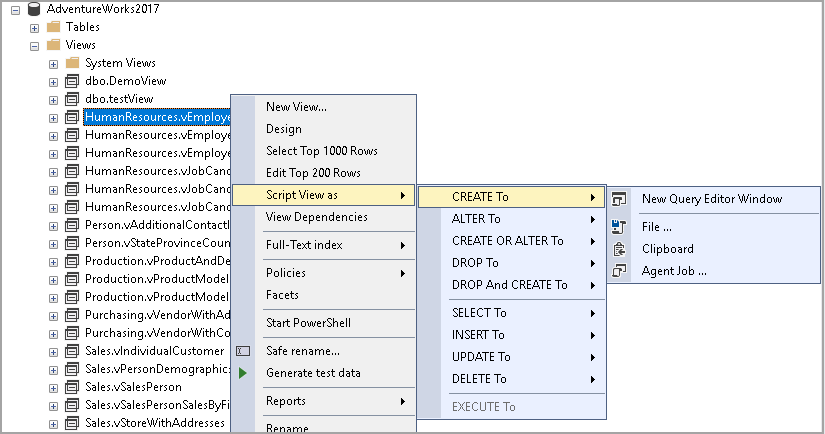 We can get the script in the following ways. 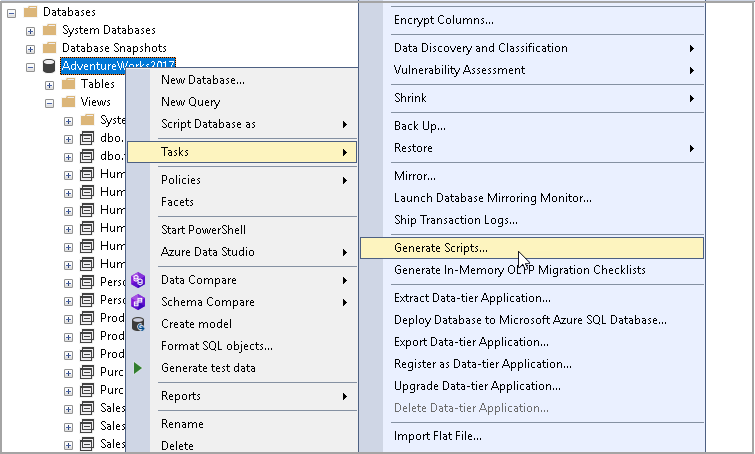 In the generate script wizard, select the specific database object and click on Next. 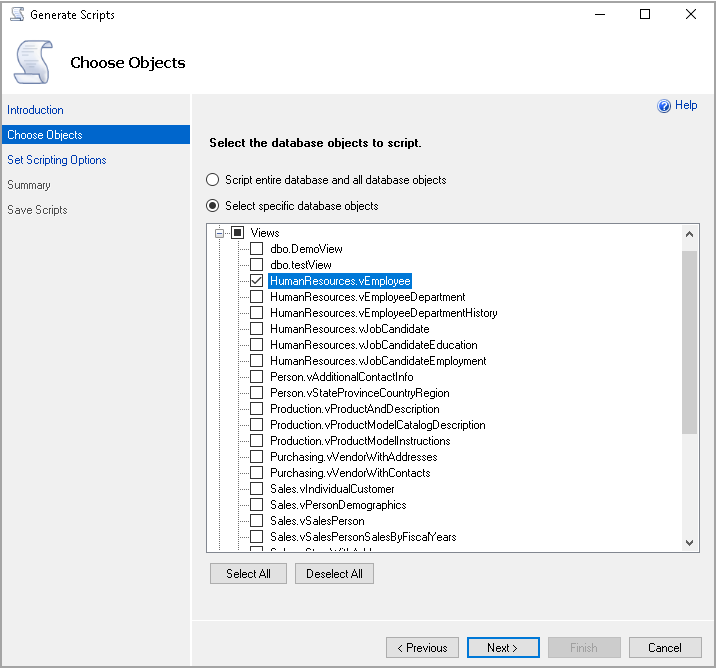 You can complete the wizard to get the script.

We can use t-SQL queries as well to get the script of the objects. You can use the following t-SQL methods to get definitions for an object.

It is an essential aspect for any DBA to control the user permissions for accessing the objects. Many times users require additional rights on a database to perform their duty. By default, users with public role do not have permissions to view the definition of an object. It is useful for the developers to get the object definitions so that they can execute this in a non-production environment. We also do not want to give privileged permissions to users, especially in the production environment.

Let’s create a new database user and provide a public role in the AdventureWorks2014 database. 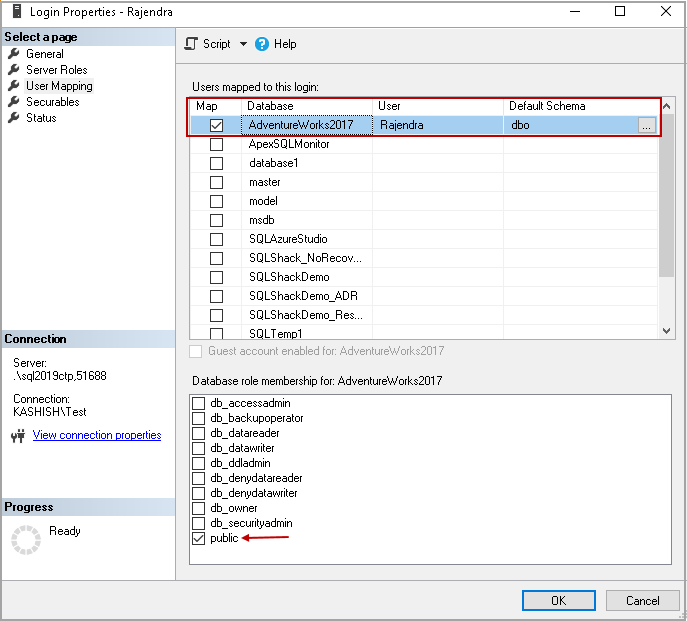 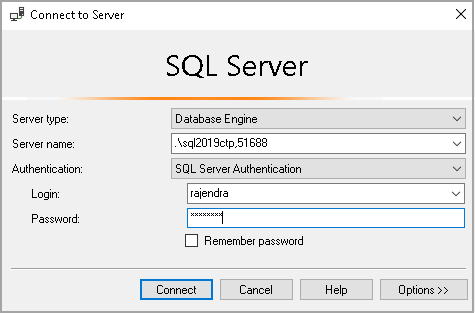 Execute the query to get the view definition of an object. The command sp_helptext gives an error message that an object does not exist in the database.

If we try to get the script using INFORMATION_SCHEMA.Views, it does not give any error message; however, it does not return any row.

You cannot use the SSMS as well because it does not show the objects for the public role access. 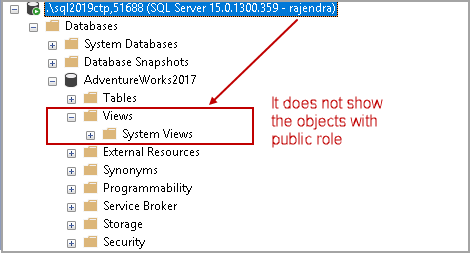 We can use View Definition permission in SQL Server to allow users to view the object definitions. We can either provide this access to a public role or an individual user.

Let’s provide access to a specific user (Rajendra) on a specific object ( [HumanResources].[vEmployee]) and verify the permissions to view the definition of an object. 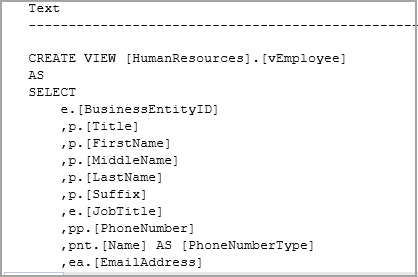 You can try other methods to view object definitions specified in the previous section. You can refresh connection in SSMS as well to view all objects after assigning the View Definition permissions. 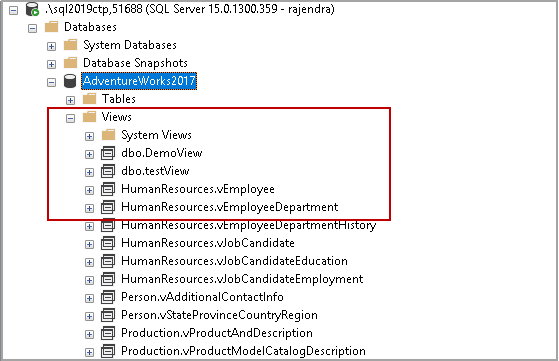 We can keep track of the permissions using the sp_helprotect command.

In the screenshot below, you can observe the following:

We learned to Grant the View definition permissions to a user, role or object in SQL Server in the previous section. It is also an important aspect to know how to revoke these View Definitions permissions. Many times, we might want to give temporary access to a user and revoke it later. We can revoke the permissions to the user across all databases with the Revoke View Any Definition command.

In this article, we explored Grant and Revoke view definition permissions in SQL Server to view definitions for an object. It provides you with the necessary information to manage the permissions for object definitions. If you have any comments or questions, feel free to leave them in the comments below.